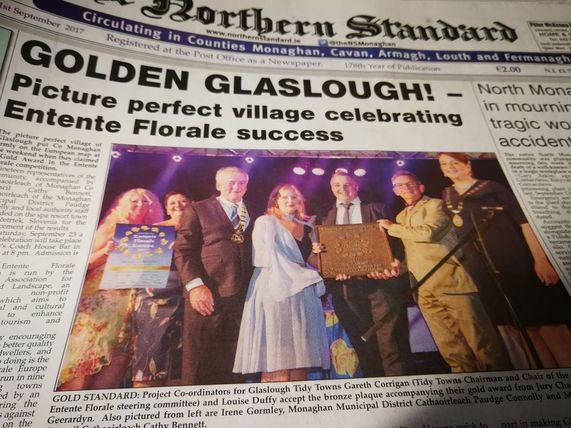 ​A Special day today for the children and teachers from both St Mary's and Billis National Schools when the Mayor of County Monaghan Cathy Bennett and Caithaoirleach of Monaghan Municipal District Paudge Connolly presented the Entente Florale Europe Gold Medal for Glaslough to everyone. The children then gave a rousing rendition of their school anthem and Beautiful Glaslough. The Mayor congratulated the children for all their hard work, participation and success.

Also some pictures taken at the party held for the children from both St Mary's and Billis National Schools and teenagers from junior tidy towns. Thanks to the County Mayor Cathy Bennett and Caithaoirleach Paudge Connolly Mayor or Glaslough Ann Mc Ghee and Carol Lambe Monaghan County Council for officiating.
Thanks also to Tidy towns volunteers for helping setting up and preparing the food

​Glaslough Harriers recreate the Entente Florale Europe logo with the members of the harriers!!! . A massive thank you to Eamonn Hackett and Noel Kennedy and all the team for organising the shot and for coming up with the idea. Thanks also to Colin Colleran for the fantastic drone shot and to all the children and leaders for taking the time out to do this. Thanks also to Peadar Mc Mahon for taking shots from Derrygasson hill. 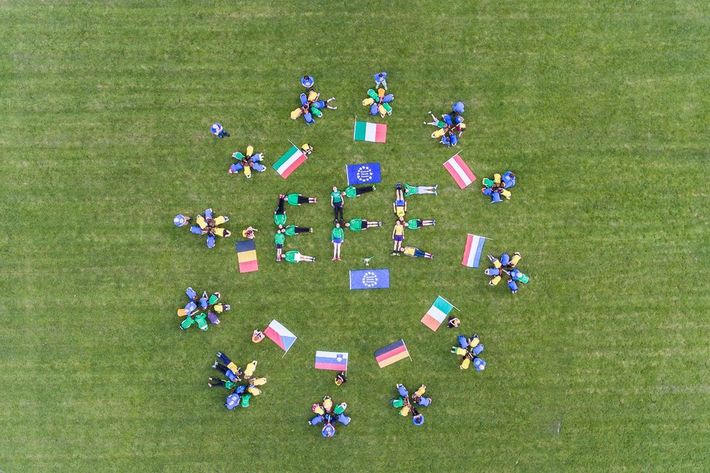 Create your own unique website with customizable templates.
Here are the instructions for implementing Google Analytics on our website. For more information, see http://code.google.com/apis/analytics/docs/tracking/asyncTracking.html Copy the following code, then paste it onto every page you want to track immediately before the closing tag. Thank you for your assistance!